In 1984 Rita and Virgilio realized their lifelong dream purchasing the property that became Tua Rita. The landscape and buildings on this property were a mere setting for living in contact with nature whilst farming their beloved land. Their overwhelming passion for wine actually changed their plans. The original two hectares of vineyards have been cultivated meticulously since the beginning, this rigorous and passionate care collocated Tua Rita among the most successful producers labeled as “vins de garage”. In less than a decade they had extended the property up to nine hectares, then twenty; nowadays the totality of the planted vines includes thirty hectares. Growth has been driven by Rita and Virgilio’s enduring enthusiasm and an ever-deepening awareness of the potential of this estate in the area, between the Tyrrhenian Sea and the Colline Metallifere, known as Val di Cornia. On one hand the estate and the cellar had being steadily growing driven by Rita and Virgilio’s extreme commitment. On the other hand thanks to Stefano Frascolla, married to the owners’ daughter Simena, the winery’s brand awareness was expanding rapidly. Simena also got involved in the family-run business after Virgilio’s death in 2010. The estate’s name derives from the inversion of Rita Tua’s first and last name. 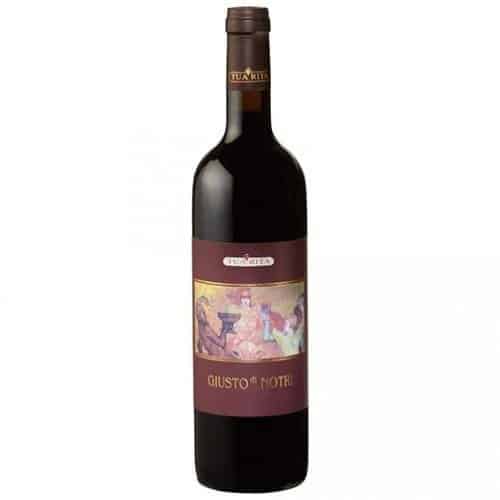