Cantina Armilla was founded in 1980 by Silverio Marchetti and is named after an ancient gold bracelet that was used in ancient Rome to reward Roman soldiers who had distinguished themselves for military merit and was proudly worn on the left arm.

Located in the hamlet of Tavernelle, just 7 km from Montalcino, this winery was initially an old ruin with four and a half hectares of land, which was then restored and transformed with the creation of a small winery and the first hectare of vines.

Initially, production was limited to bulk wine only, then, within the arrival of the D. O.C.G. denomination in 1995,the Armilla Winery began bottling and selling its first wines, which today include Brunello di Montalcino and Rosso di Montalcino.

The Armilla Winery is located on the side of Montalcino overlooking the sea at an altitude of 320 metres above sea level, which allows it to benefit from a dry, breezy climate that guarantees proper ripening of the grapes.

The vineyards currently extend fortwo hectares and are dedicated exclusively to the cultivation of Sangiovese grosso, with which Brunello di Montalcino and Rosso di Montalcino are produced.

The fermentation and maceration processes take place in steel tanks for three weeks, while the ageing process is divided into two phases: the first in oak barrels and the second in bottles. 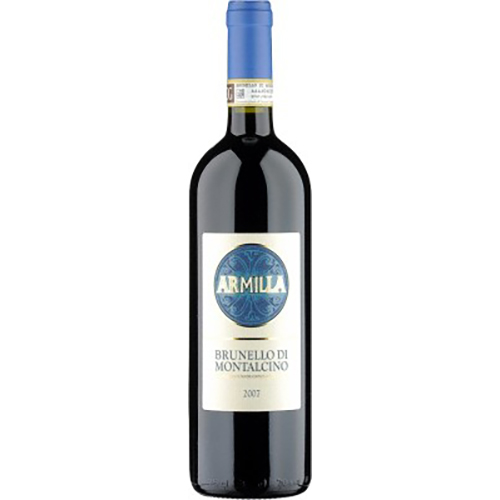 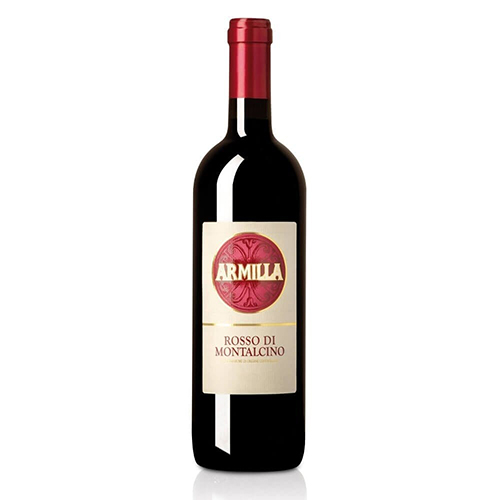