The Estate’s vineyards are located on the slopes of Monte Aquilaia and along the banks of the Albegna River in southern Scansano, with two distinct soil types; mostly Pliocene gravel on the mountain slopes, and silty red earth in the river valley. Vines were planted in two phases; first with local clones of Sangiovese, Petit Verdot and Syrah, with a small parcel of Cabernet Sauvignon, between 1999 & 2001, second with Petit Verdot, Syrah, and new clones of Sangiovese in 2006. The Estate currently has nearly 20 hectares under vine, with approximately 12 Hectares in Morellino di Scansano, and is located next to the remains of the Etruscan fortified city Ghiaccio Forte, a National Park from which the winery takes its name. As of 2020 the vineyards are farmed organically. The climate is dry and the nearby Mediterranean Sea fills the sky with reflected sunlight. It also protects the vineyards from frost and provides breezes that help sweep away fog, reducing the need for spraying and making it easy to raise healthy grapes with generous yields. The coastal climate means that flowering starts earlier than in other regions, and harvest can be two weeks to a month in advance of Montalcino or Chianti. When it starts, the harvest is closely monitored and done 100% by hand with careful selection and destemming. The region has been populated since around 500BC, and Ghiaccio Forte – which translates as ‘ice fort’ – was a flourishing Etruscan city whose remains are less than a kilometer from the cellar. Evidence of both bronze production and winemaking found at Ghiaccio Forte can be seen in the museum of Scansano. The region has an incredible view of the Tuscan archipelago including the islands of Giglio, Montecristo and on a clear day even Corsica. The city’s hilltop position was a strategic location that allowed its inhabitants a broad view of the valley and sea. The Etruscans were excellent sailors, and, with the Albegna River only a few hundred meters from the top of the hill, they took advantage of the natural confluence of factors to make wine, honey, artwork and pottery to be traded with the Phoenicians and the Greeks. 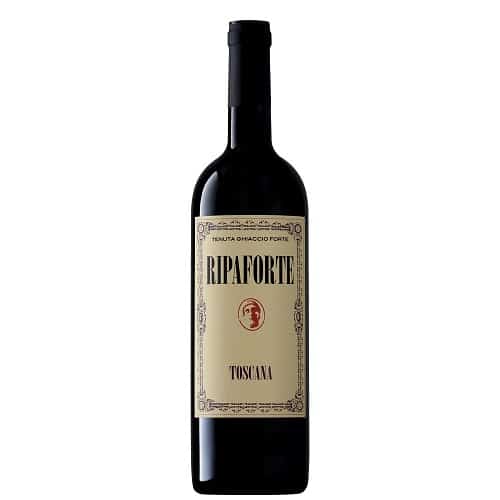