The Elvio Cogno Winery was established in the Langhe territory in the 1980s, after a brief collaboration with a small local winery, a long career in the restaurant business and a family that has been cultivating vineyards for generations out of passion.

The combination of viticulture and Elvio Cogno was immediately a success; the Cogno-Marcarini firm immediately began to consolidate and make its way in the wine market, bottling the first Barolo in 1961 and producing the first labels of “Brunate”, a wine that takes its name and the typical flavours of the territory in which the vineyard is located.

In 1980 Elvio Cogno decided to buy a farmhouse near the village of Novello and to undertake, together with his daughter and her husband, a new entrepreneurial experience with the aim of creating an exceptional Barolo.

The company’s philosophy combines traditional viticultural methods with an innovative way of thinking about the relationship between terroir and environment, aimed at obtaining increasingly elegant and characteristic wines.

The first Barolo Ravera was thus produced in 1995, while in 1991 Elvio Cognò began his project of planting a variety of Nebbiolo Rosè, less colourful but characterised by more subtle and fragrant aromas, in Vigna Elena.

Today the company is run by Valter Fissore, husband of Elvio’s daughter, who combines the typical Elvio Cogno process of improving the quality of the grapes with a new look at the future.

The company has thus equipped itself with new technological tools and new plots of land such as Bricco Pernice.

The vineyards of the Elvio Cogno Winery extend over eleven and a half hectares and are identified by four different Barolo labels (Vigna Elena, Bricco Pernice, Cascina Nuova and Barolo Ravera), all located in the Ravera area but characterised by different soil composition, height and exposure. 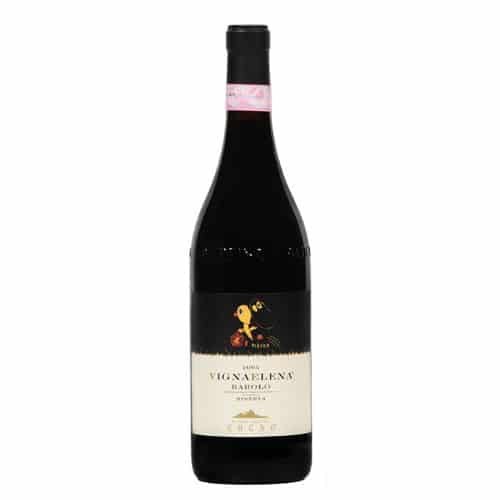